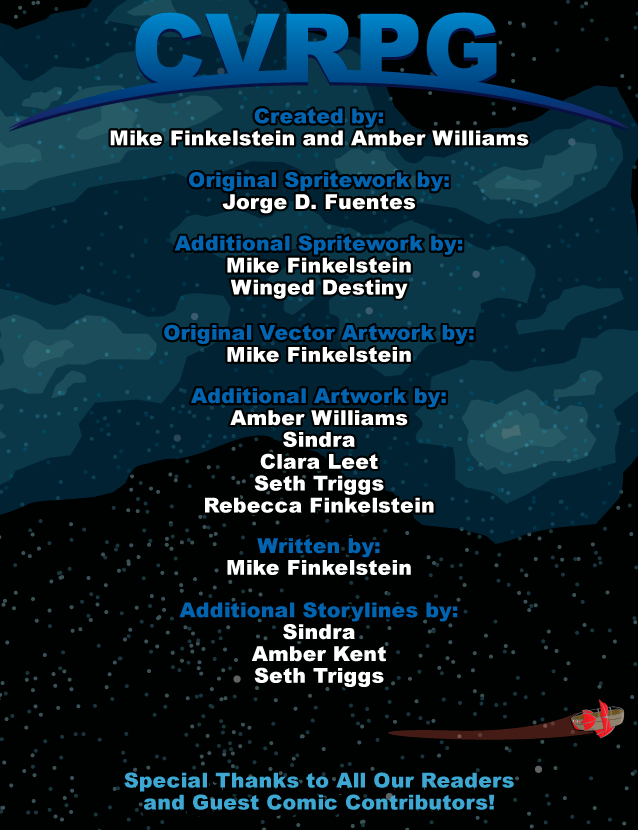 This marks the true end of CVRPG, fully and completely. No more to add, nothing new to put here. The archive, and the comic as a whole, has come to a close.

We'll take a moment here to thank everyone that contributed to the comic (all of whom are listed above), and I'd also like to thank all of you for reading. Everyone that was here from the beginning, everyone that mentioned they grew up with this comic, everyone that has written something in the comments at one point or another, and anyone that's just popped by, read for a bit, and then moved on again. Just knowing people were reading was ninety-percent of the motivation to continue, especially when the comic was going hard at 11 strips a week (or more), all due to CVRPG and DSWC and DSWC: Villains all updating at the same time. Some days it was effort, but in the end I think it was really worth it.

Is the comic really, truly done? Yes. While I'm sure there will always be some random idea that strikes my brain (hey, what if we redid the whole story, but as a Manga...), I feel like the whole comic has come to a right and proper conclusion. It ends in a great place, and everything I plotted out to do 19 years ago (well, only 18 years, 8 months) has been done. This is the end of the line for my grand plan. There's simply no more story to tell.

Man... 19 years... wow. I tell ya, when you sit down to make a comic for the first time you go, "hey, this won't take long. I got, what, two... three years worth of stories?" Then webcomic time kicks in and suddenly you're a decade deep with no end in sight. It's a lot. But we did it. We got to the end. Congratulations all around.

Oh, and in case you're wondering: we went 4,000 numbered comics in the main archive, 8,000 total strips across everything. Not a bad haul at all. But then I screwed it up and numbered this 4,001. Damn.

Once more: thanks for reading. I have other projects in the pipeline, so make sure to stick around. Just because the comic is done doesn't mean I'm done, that's for sure. Because... 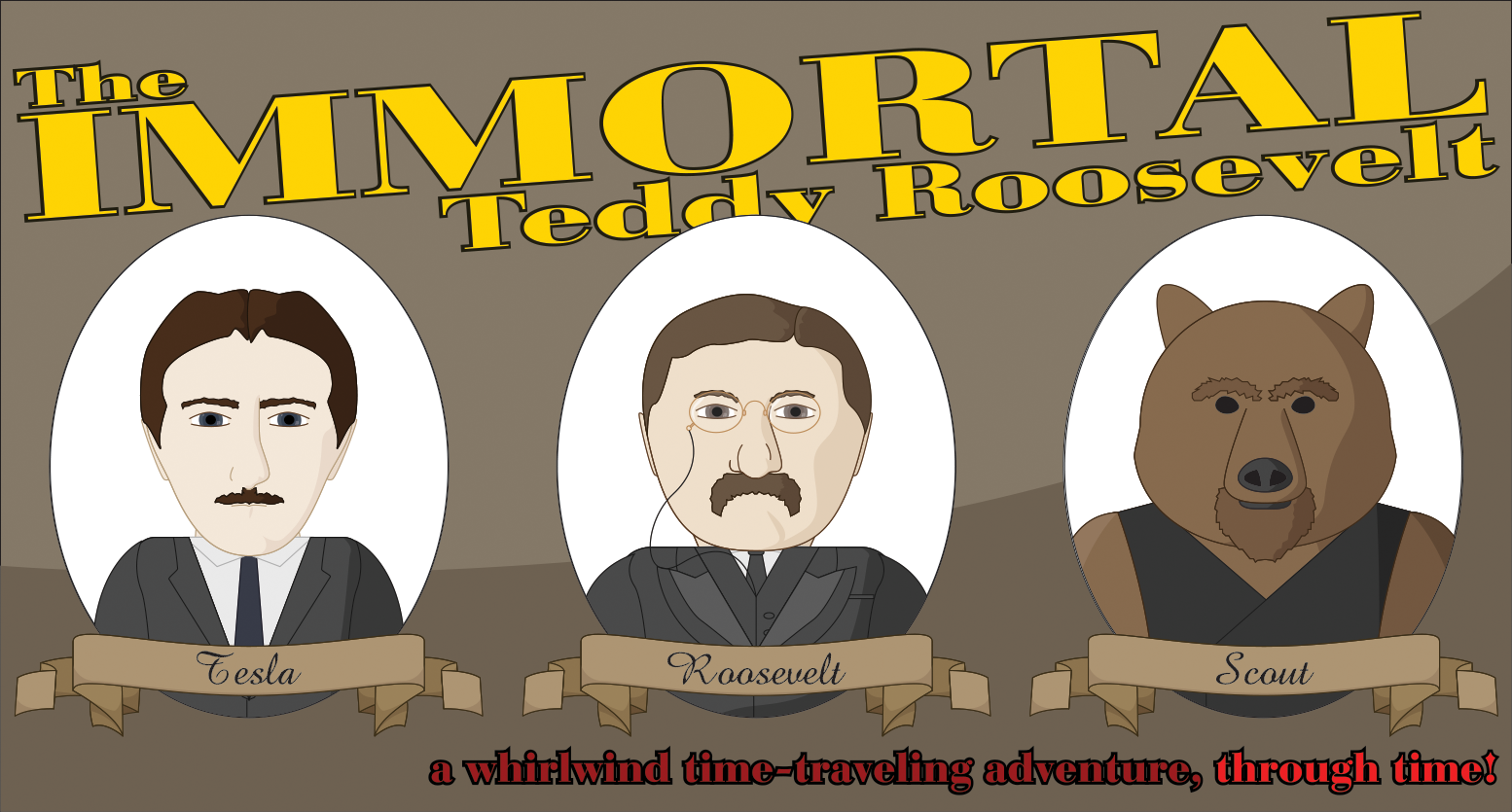 Yes, the next thing on my list is The Immortal Teddy Roosevelt. Keep an eye out for updates as, later this year, this next comic will debut...

apocolypse101
2022-04-13 17:54:33
Wow... I never imagined that this strip would actually ever end. Whelp! I guess it's time to read it again from the beginning! In all seriousness though, this has been a wild ride and I'm really glad that you stuck with this story for so long. I also look forward to reading "The Immortal Teddy Roosevelt"!

When evil spreads across the land, and darkness rises and the monsters roam. When the creatures of the night make beautiful music, and the things that go bump in the night go bump with greater enthusiasm. When the world is in peril and is in need of a hero...

These guys are, sadly, the best the world can hope for. These are the adventures of the heroes of CVRPG. They mean well, they try hard, and occasionally they do the impossible...

They actually do something heroic.

Start from the Start Jump Ahead! Jump Ahead Jump up, jump up, and get ahead! To the Future... and BEYOND!
Tweets by TheJewpacabra